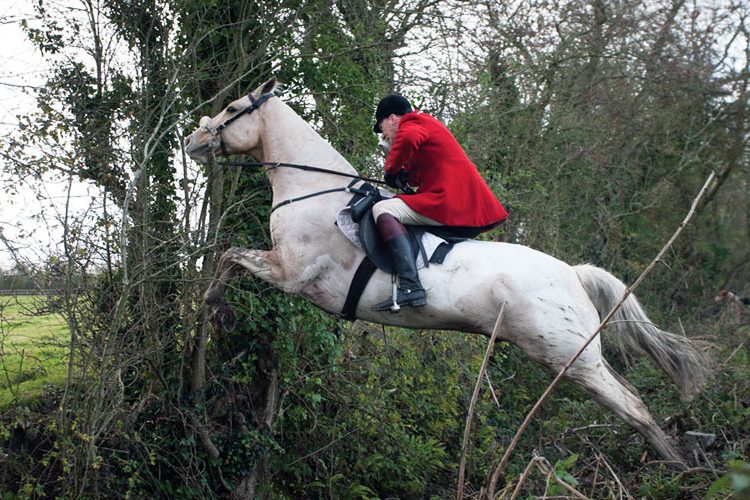 Racing itself, has a long association with hunting and none more so than the Ward Union Stag Hounds. Leading Irish National Hunt jockey Paul Carberry has hunted with the Ward Union since his school days announced his retirement from the saddle in August 2016.

The Grand National-winning rider called time on his distinguished career due to an ongoing issue with a leg injury. Paul has not ridden competitively since he fractured his left femur when he fell from Rich Coast at Listowel last September.

Carberry singled out his triumph in the Aintree showpiece in 1999 on Bobbyjo, trained by his father, Tommy, as the undoubted centrepiece of his career in the saddle that began with his first winner way back in 1990.

Champion Irish jump jockey in 2001-2 and 2002-3, Carberry won a host of big-races on both sides of the Irish Sea and rode 14 winners at the Cheltenham Festival.

Paul spent much of his career riding for multiple champion trainer Noel Meade. The master of Tu Va hailed his former stable rider as “a marvellous jockey” and “a special man”. Meade said: “He’s been a huge part of my life and the yard’s life for a long time.

His final Grade One winner came aboard Gordon Elliott’s Don Cossack in the 2015 Punchestown Gold Cup. Eddie O’Leary of owners Gigginstown House Stud said: “The only thing you can say about Paul is he’s the ultimate horseman. “He could do things very few jockeys can do and most jockeys could only dream of. “I wish him all the best for the future.”

The Ward Union Hunt would like to wish Paul and his family all the best in the years to come and we look forward to seeing him out on the hunting field more often!