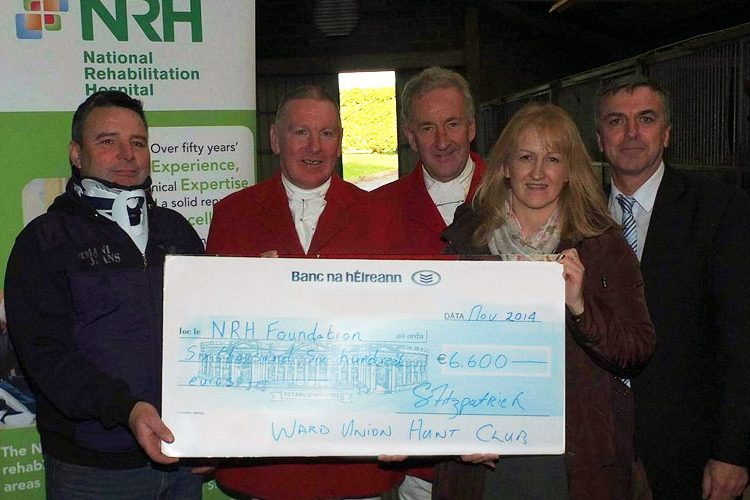 The opening Friday Ward Union Hunt Meet was held at Cabragh Lodge Oldtown last Friday 7th November when Huntmaster of the day Seamus Fitzpatrick, Huntsman Pat Coyle and recently injuried Hunt member Davey Dwyer presented Edel Lamb and Sam Dunwoody from the National Rehabilitation Foundation in Dun Laoghaire a cheque for €6600 the proceeds from the Liz Jenkinson Memorial Charity Race which was held at Bellewstown Races in July, to date over €26,000 has been raised for the Spinal Unit by the Ward Union at the now annual Charity Race making a real difference to the environment of the patients.

A great days hunting was had by all, thanks to the kind hospitality of Mairead and Kieran Ryan and their family.